The Anonymity of Snow 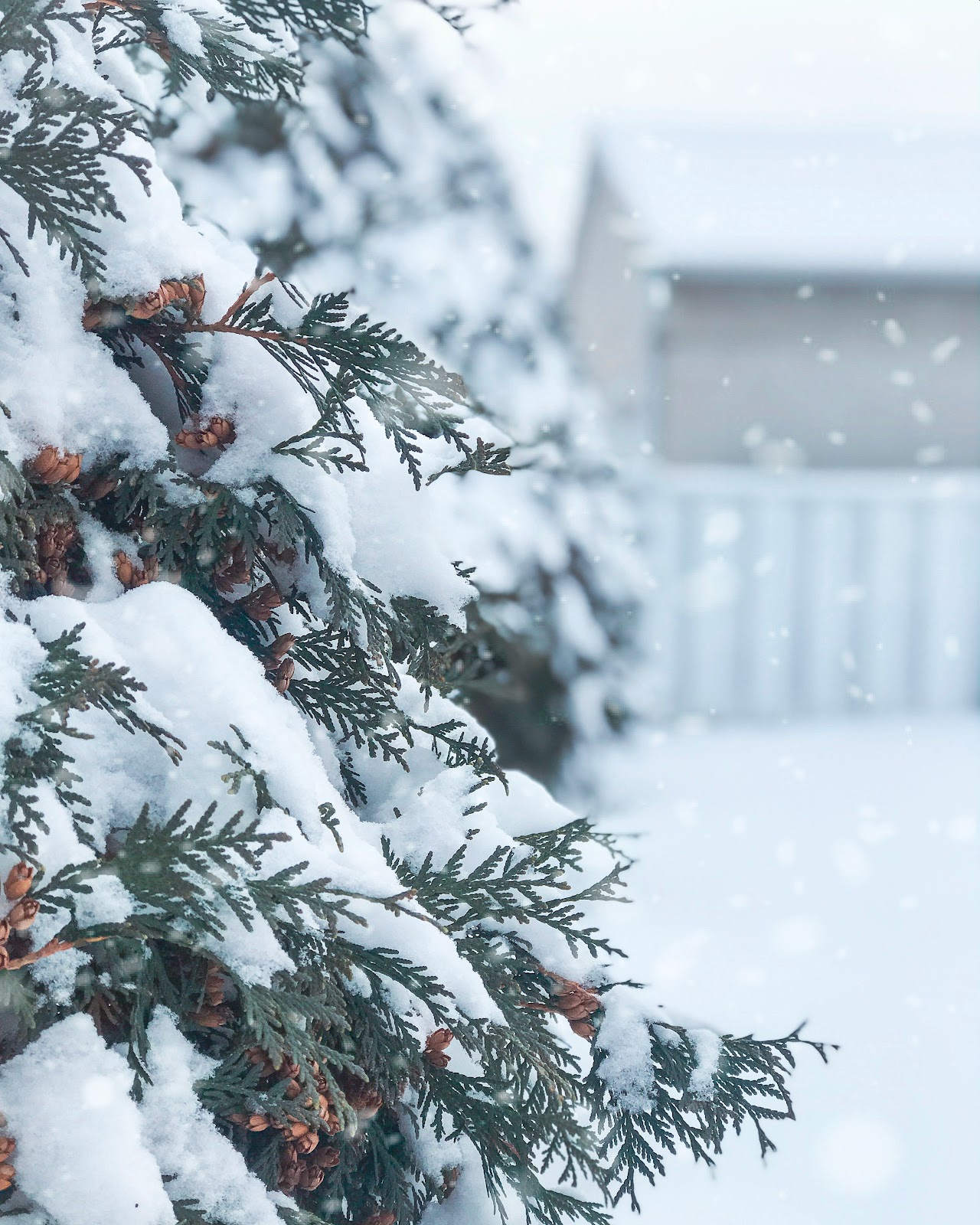 Snowflakes fell gently, seeming to descend from nowhere and vanish anonymously into the blanket waiting below. The slushy sound of passing cars in the distance, the drone of human activity, scoffed at this mild snowfall. But here in this small patch of Earth, snow brightened the otherwise dreary landscape. Against the clouded sky, evergreens appeared like confections topped with powdered sugar. Bare limbs of deciduous trees were now clothed with sparkling whiteness. With a sudden swoosh, powder fell from the top of an arborvitae, its branches yielding to the snow’s weight. Here there was no conflict, no struggle to become something else, no effort to accomplish, no compulsion of any kind. The Earth, indeed the Universe, was content to simply be with itself.

Why are we not enough? How is it we are compelled to change, to improve, to succeed, to individually gather enough material wealth to support entire nations? What drives us to seek to be known to the world, to be immortalized, to leave a mark? Why do we aspire to be like those who have succeeded at these tasks? We live in a culture that idolizes the famous: the world’s richest man, the first female college president, the first person of a certain race to hold public office and so on. Biographies and movies are made. And, as so often is the case, people placed on pedestals are found to have profound deficiencies. 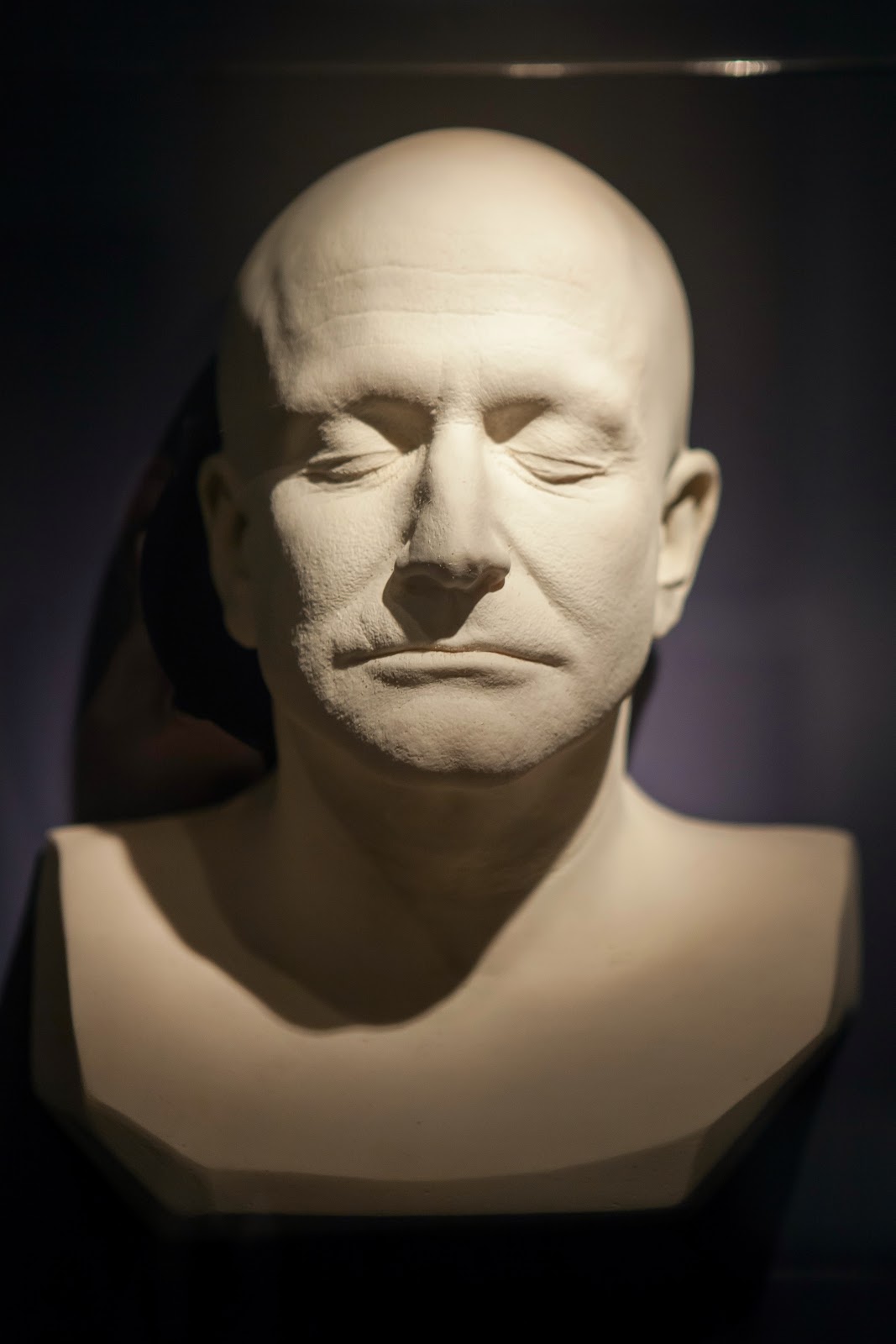 Our fallen idols are often prisoners of their self-made compulsions. Some, after finding themselves adored by millions, find the only way out of their inner torment is to take their own lives. In recent times we saw the suicides of comic genius Robin Williams, globe-trotting gastronome Anthony Bourdain and popular designer Kate Spade. From the outside, one cannot fathom what drove them to kill themselves. They had achieved fame and fortune, cultivated adoring fans and inspired copy cats. Happiness, we believe, should have been their reward. Yet they were secretly more tortured than those who toil in obscurity, mediocrity and want.

For some, the accumulation of wealth is a compulsion without end. Jeff Bezos has amassed a net worth of $182 billion, more than the Gross Domestic Product of entire nations. Yet, he is fighting the unionization of his employees, who must work an entire year to earn what he rakes in every 11 seconds. The divide between rich and poor has grown exponentially, with a burgeoning class of more than 600 billionaires in the United States and a new group of five “centimillionaires” whose net worth each tops $100 billion.

One perspective on the dichotomy between external abundance and inward torment is spiritual poverty; the condition of inward desolation that hounds many of us. There is a deadness within. We find joy in nothing. Instead of confronting this emptiness, this feeling of inadequacy, we seek to fill it with activities, people, trophies, material wealth and social status. Ultimately, we learn there is nothing in this world around us capable of filling the void. Not a new car, not a new romance, not a new business venture. Surrounded by all the trappings of success – abundant wealth and adoration – renders in painfully stark contrast the void within. Suicide is the final act that attempts to bridge the gap between the outer and the inner.

Thankfully for most people, a solution to spiritual poverty as severe as suicide is not taken. Instead, we engage in distractions that make life bearable. Work, family, responsibilities, hobbies, self-help measures all help paper over the emptiness. We have occasional happiness. Some succumb to addiction to numb the pain of inner desolation. Certainly some drug overdoses could be construed as suicides. There is no replacement for being content to be with oneself.

Coming to inner peace and abundance from a place of spiritual poverty is a topic for exploration deserving its own focus. It involves the discovery and application of a motiveless awareness with which we are all endowed. For purposes of this writing, suffice it to say we can start to become aware of our inner poverty without trying to do anything about it. Simply get as close to it as possible to understand it. Approach it with natural curiosity. With understanding comes freedom.

When one does find inner peace, they are free to pursue any activity, to interact with anyone, to enjoy the fruits of their labor – without the shadow of escapism. Their motive for living is different. Spiritually evolved people do not act in order to assuage inner deprivation. Having no urge to control the moment, a nameless bliss is allowed to move freely within. Everything they do, from cutting the grass to conducting a board meeting, reveals a happy and eager engagement. Everyone and everything holds the potential for sharing and experiencing joy. Happiness is now both the means and the end. This is wealth beyond measure.

Snow has stopped falling. A slight breeze is moving the tops of taller trees, but not enough to shake off the snow adorning their branches. It will take a harsher wind to render this landscape naked once again.

Talking Live with Dr. Robi Ludwig and Al Guart God of the Lilacs

8 Comments on “The Anonymity of Snow”